The mural is finally finished, for the second time. The original mural was made from a painting that was photographed and printed on aluminum panels. It was done that way so it could be easily replaced if it became damaged.

Unfortunately, the printer used dye based inks instead of pigment based inks and the image faded. So, I did the only thing that could be done, repainted the entire mural by hand on site. The mural is nine by eighteen feet. If you find yourself in Historic Ellicott City, MD., check it out. 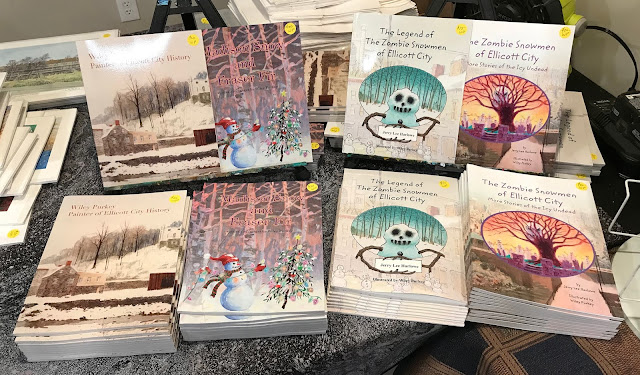