Guide to the Mural

There are a lot of small details to find, working left to right.

Arrowheads: Arrowheads were found in the early spring after the plowing was done. They were often found in the cornfields on Mulligan’s Hill.

Uncle Ralph with toolbox: Uncle Ralph worked as a carpenter, and usually left the job by 3:00, and could then be found at the beer cooler at Bill Hood’s Grocery Store, or across the street at the counter at the Valmas Brother’s Restaurant. He could be usually be counted on for a dime or sometimes even a quarter, usually to be spent on penny candy. 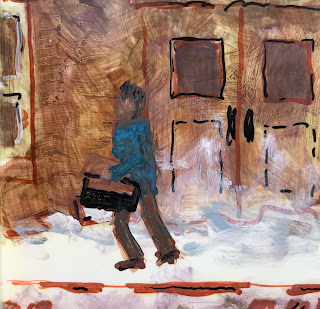 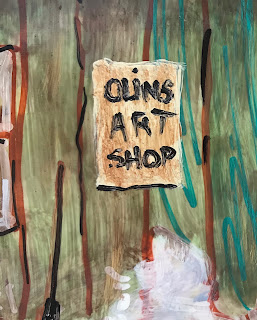 Kids sledding with Luna: Any snow covered incline was a draw to any with a sled, saucer or even a piece of cardboard. Luna is the artist’s dog, a border collie. 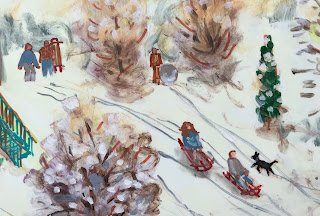 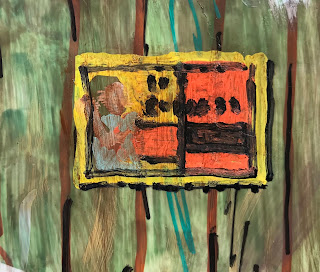 Arrow Beer sign: Arrow Beer was popular in local bars, and the signs can be seen in old photos of town. 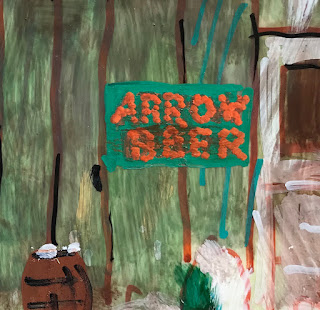 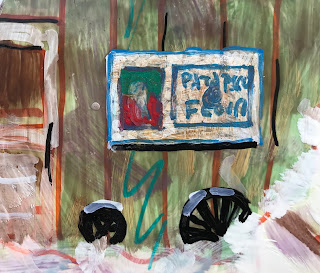 Snowman: Like most small towns, every snowfall was a time to build snowmen, snow forts and have epic snowball battles. 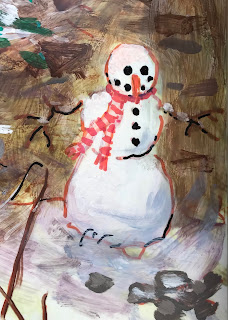 Ellicott City Elementary School and the Champion Copper Beech Tree: This tree is a registered Champion Tree and is nearly 100 feet tall. 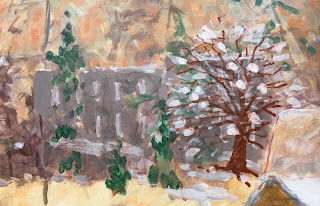 The Beatles at the crosswalk in their Sargeant Pepper uniforms: Just a little bit of fun for those that love music.

Ron’s purple VW: Ron lived at the foot of Mulligan’s Hill, and drove a 1957 Volkswagen Beetle that he had painted purple.

Shoe Shine Boy: The artist at nine years of age, made his own shoe shine box to raise funds for comic books, penny candy and soft drinks. 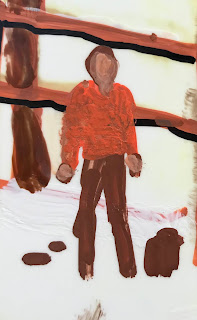 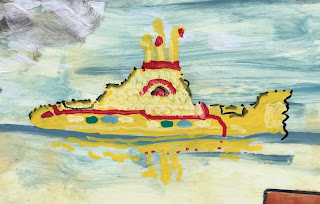 Millstone: The first mills to be built in “Ellicott’s Mills‘ were water powered. Water was damed, and was directed through mill races to turn a waterwheel, which turned the grindstones together crushing wheat and other grains into flour. There were also a water powered sawmill. 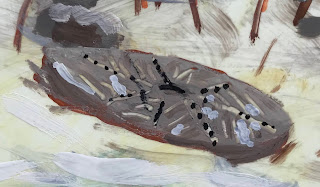 Granite Stringers in the Patapsco River: When the original route for the B&O Railroad was built, the rails were straps of iron fastened to granite stringers that were laid end to end. In 1836, the B&O rebuilt the line using steel rails laid on wooden cross ties. The granite stringers were tossed aside, and many of them were retrieved and used for buildings in town.

Whistle Sign: A reminder for the engineer to mark a train’s arrival at the station. Baggage porter: At every passenger station, Porters loaded and unloaded the luggage. 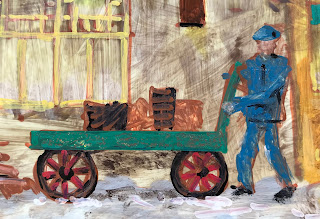 Tom Thumb Steam Engine on the turntable. This engine, was the one that famously raced a horse drawn car and lost when a belt flew off a pulley. When the B&O railroad was first built in 1830, engines like the Tom Thumb pulled cars from Baltimore to Ellicott’s Mills, which was the end of the line. The engine would be uncoupled from the cars, and after being turned around on the turntable would be recoupled to the cars for the return trip to Baltimore. 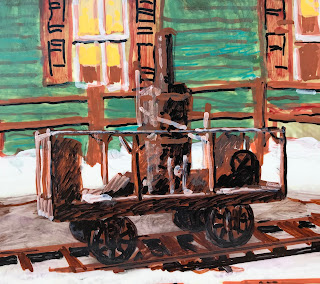 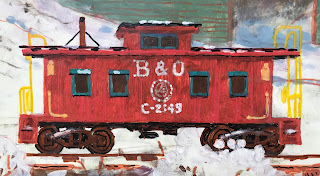 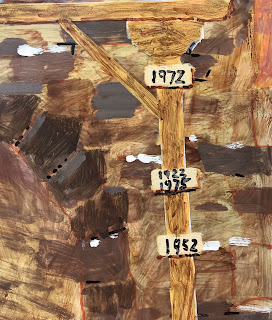 Trolley: “Number Nine”, a Brill trolley carried passengers from Fel’s Lane to Catonsville Junction from 1899 until 1959. Riders remember the downhill ride as a harrowing experience. 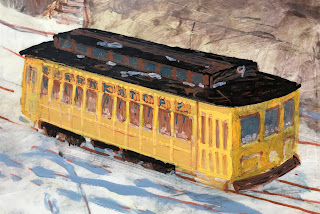 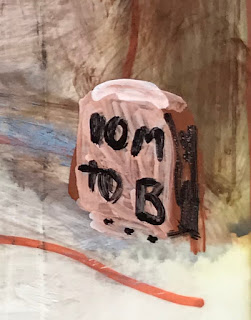 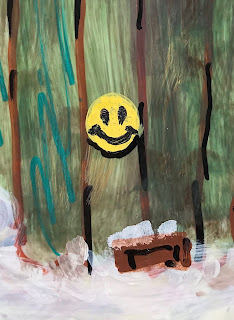 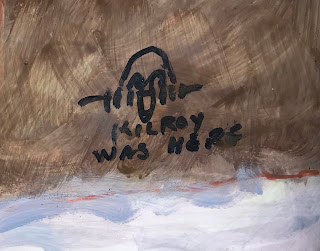 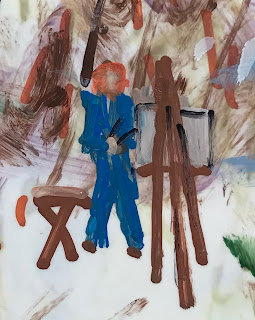 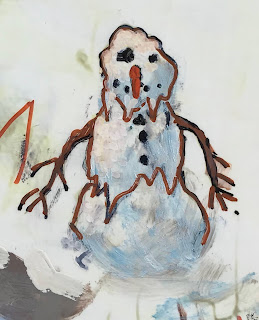 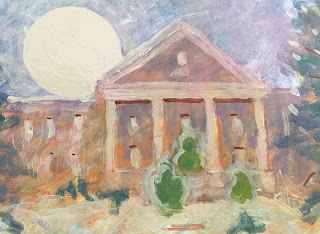 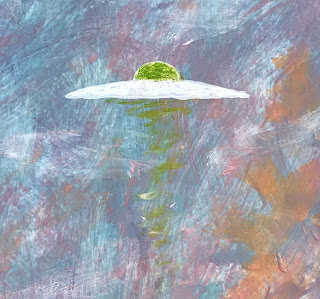 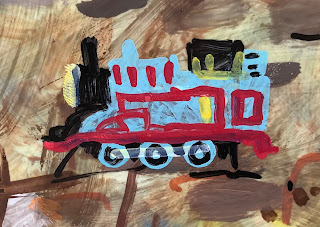 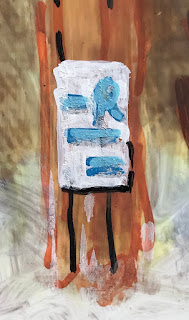 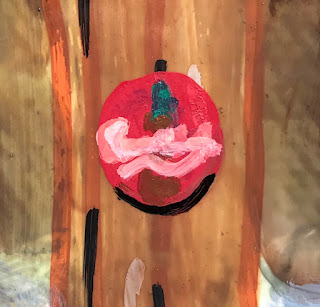 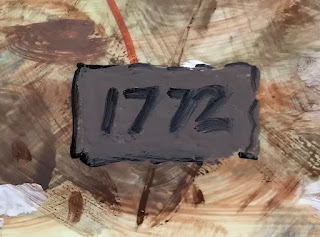 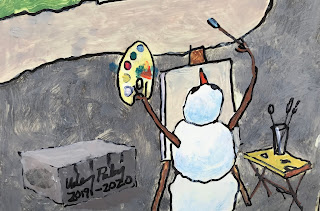